With a bloody past as a penal colony, the secluded Con Dao Islands have been a rather unknown area for travelers in Vietnam. Today, the jungle drums bang a different beat that tells stories of a true nature paradise with postcard-beautiful beaches. But to us, the Islands offered a mixed experience.

Even though the engines on the propeller aircraft are loud in the cabin, it hardly drowns the sound of my buzzing stomach. I’m hungry for an exotic adventure – like a bear just woken from its winter hibernation – hungry for honey. Behind me rests a 24-hour flight from December-gray Denmark and ahead of us awaits five days at Con Dao. Oh dear, I can’t wait to feel the warm rays of the sun and dig my toes in to the hot sand! (Alas, had I only known what was waiting…) 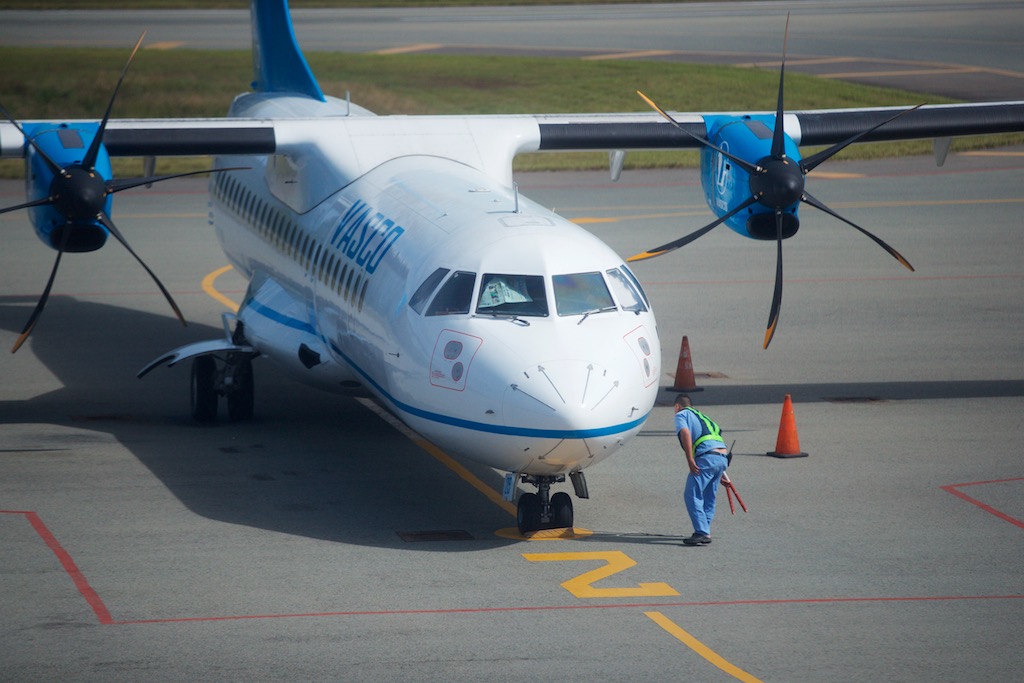 THE JOURNEY TO CON DAO

Con Dao consists of a total of 16 small islands, located about 230 kilometers and 45 minutes by plane from Ho Chi Minh City. Here, Martin and I had a short stopover of three hours before we did this final part of the journey by plane to Con Son – the largest of the Con Dao islands.

Had we visited the Vietnamese archipelago only 10 years back, the only connection to the mainland was by helicopter 3 times a week and was primarily reserved for army personnel. Alternatively, we could have chosen to spend 12 hours aboard a boat, but alone the stories about the waves made me seasick.

Instead, we chose to pay $ 200 per person to fly to Con Dao. A high price to pay for a return ticket. Especially if you compare with the rest of the country’s domestic flights. But we had already made the decision several months before: We were going to Con Dao, whatever the cost!

Back in in Denmark, Google had teased our travel-hungry souls with dazzling images of a peaceful tropical paradise – with rolling green mountain scenery, turquoise blue sea and beautiful sandy beaches, only few shades away of having the same chalk white color as our winter-worn limbs.

International travel media also praised the archipelago of South Vietnam and placed it on various Top 10 lists of Asia’s most amazing and undiscovered places. “From Hell to Heaven on Earth,” Huffington Post wrote with a clue to Con Dao’s terrible past as Vietnam’s version of Alcatraz. The combination of the remote location and previous use as a prison island has contributed to the fact that nature still appears almost untouched today.

The same applies to the sea that encircles the islands and is protected as a National Park. Here, according to rumor, you can find Vietnam’s finest coral reef and meet lots of tropical fish, sea turtles, manta rays, dolphins and not least dugongs – a special and increasingly rare species in the manatee family. 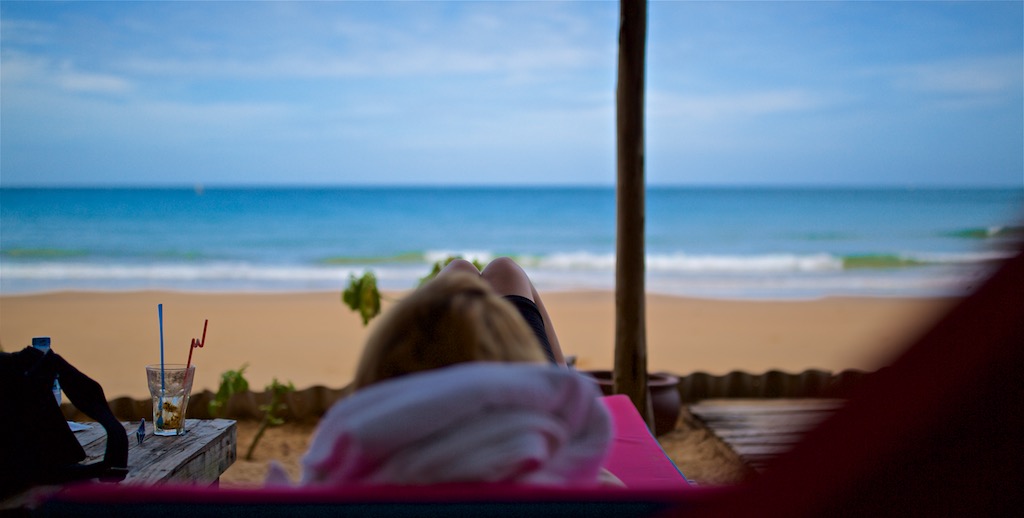 Perhaps we have not been the fastest ships in the harbor. But to us, it was exciting news that Vietnam has an archipelago that can compete with some of the world’s most beautiful. And I must be honest about our ignorance of the country – in fact, we did not know that Vietnam had any islands (doh!)

I do not know why, but we have always thought of Vietnam as a destination, where it was primarily the nature that kicked butt rather than the beaches along the coast. So if you have been following our travel blog, you probably know why we have not yet been to Vietnam: We are often drawn by destinations that offer colorful experiences underwater. But with Con Dao in sight, there was suddenly another reason why Vietnam was placed high on our wish list.

IMPRISONED BY A TYPHOON

From 1862 until 1975, the Con Dao Islands was one of the last places you wanted to visit. The Islands had some of Vietnam’s worst prisons, where 20.000 people are believed to have died as a result of either torture or executions. Today, the prisons, the cells and the inhumane tiger cages are still standing as a testimony to a dark chapter in the country’s history.

For our part, the darkness had completely engulfed the islands when we finally arrived at the main island of Con Son. Waving black clouds rolled over the coast, heavy winds caused the palm leaves to whip around and more than often it pissed down with rain! For three days, the weather behaved like a moody teenager. Meanwhile our only activity was to sit an observe our dreams of discovering a nature paradise being blown to hell by…

“It’s leftovers from a typhoon,” a local guy told us, as an explanation of the unusual weather. Argh! We might as well surrender – drop everything called beach, water and trekking in the jungle – and move directly into prison. Literally. Out of respect to the dead and the surviving families, the authorities have opened the prisons to the public and built an associated museum that tells the entire story of the Island.

It was both horrendous, thought-provoking and interesting to experience a place that primarily has been the scene to some of Vietnam’s most violent events. Starting with the tyranny of the French colonists and then the Vietnam War, where the Americans imprisoned and tortured Viet Congs on the island.  In contradiction to our expectations, this became the experience that made the greatest impression on Con Son – and not the beaches… 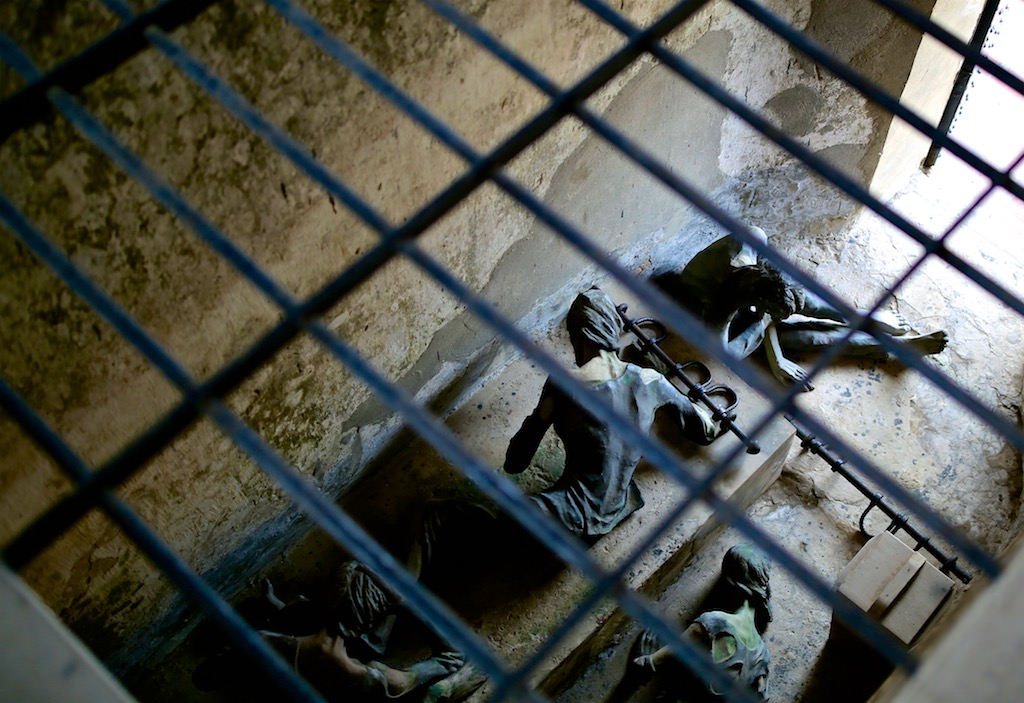 LORD OF THE SANDFLIES

When the miracle finally came and the sun broke through the clouds, we ran to the beautiful and peaceful beach that we had been starring at for three days from our balcony. We soon learned that we should have been satisfied with just starring at it.

“Av, dammit!?!” I gazed mystified on my feet, that were finally drilled into the soft golden sandy beach. Something bit me and it was painful – but I could not see anything. Martin also sat and clasped his ankles and legs, like a crazy man fighting an invisible enemy. Fortunately, we soon realized what was going on, as we had read in advance about other travelers’ unfortunate encounter with nature’s most annoying invention: sandflies!

The Sandflies is a tiny mosquito-like fly that bites and leaves a red plug that itches insanely much! It feels a bit like 364 mosquitoes have had a family feast and stung you exactly the same place. As I said, it itches like crazy – and will continue for weeks.

Con Dao is apparently severely bothered by swarms of sandflies cruising around the island’s beaches, depending on wind, weather and appetite. So through further reflection, it suddenly made sense why Con Dao still goes under the radar of the hordes of tourists looking for the perfect paradise island. It was certainly not the experience we dreamed of bringing back when we waved goodbye to Con Dao and headed for Ho Chi Minh City. 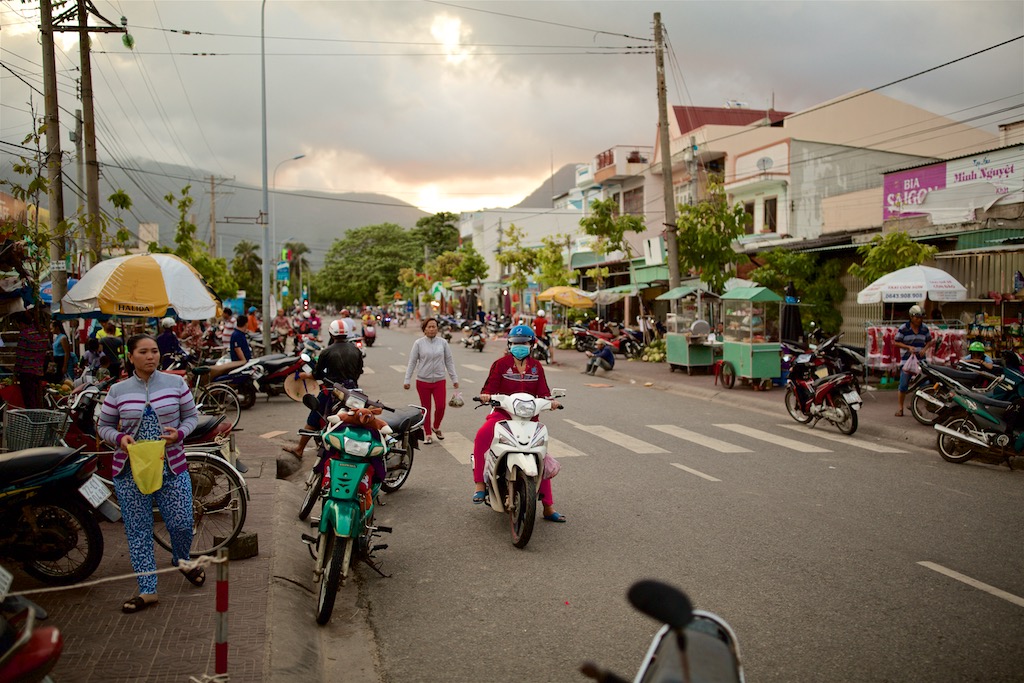 WHY TRAVEL TO CON DAO?

Based on our experiences, Con Dao is not a destination, which we would immediately recommend to others to travel to. It is expensive to fly out to the main island of Con Son, and it has very few attractions that can match that price. In addition, the red itchy sandfly bites are far from a souvenir that you want to bring back home! That being said – we were really unfortunate with the weather, and no secluded tropical islands appear from their best side when you cannot experience the nature, which is ultimately the biggest attraction.

If you have the opportunity to visit Con Dao around April-July, where the weather should show off its best side and the sea has a visibility of up to 20 meters, then I bet the islands will be a completely different story. There were several exciting hiking routes and trips to the other islands, and we actually had two good days as we drove around on a rented motorcycle and enjoyed the many spectacular views along the coastal road on the rocky island. Con Son only has one road that runs from north to south – so it’s damn difficult to get lost. 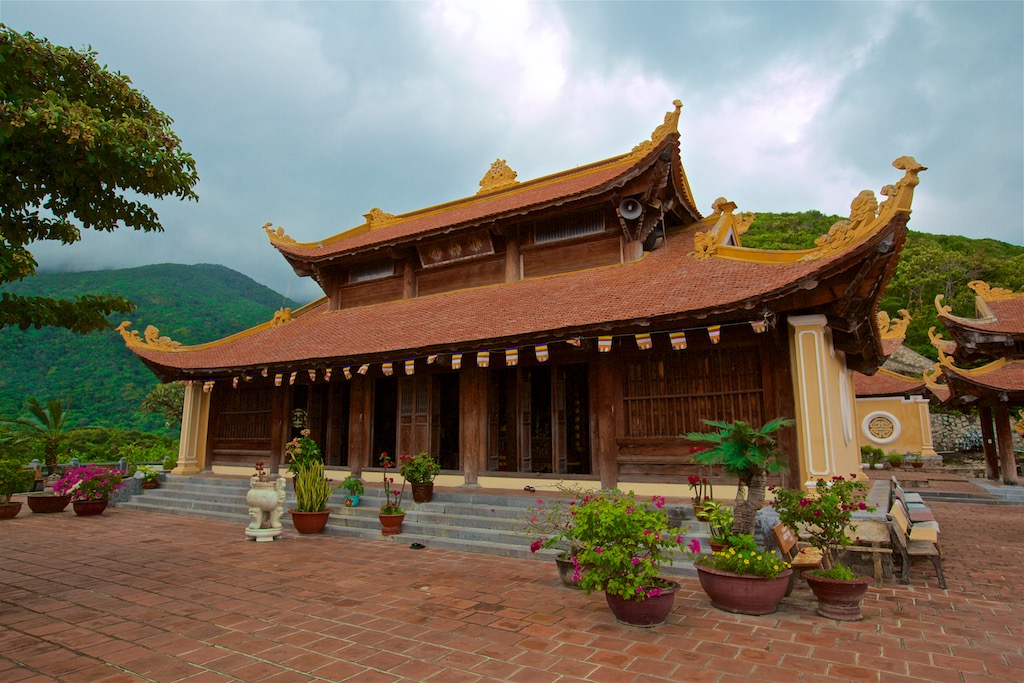 Overall, Con Dao is known for being the perfect “city detox”. If you have traveled in Vietnam for a while, you know what I mean. You can get rid of the hectic traffic and the thousands of noisy motorcycles. With its privileged location – only 45 minutes flight from Ho Chi Minh City – the island group is for a good reason a place to find peace.

Here life is slower, the streets are virtually empty from traffic and you quickly become friends with the locals who do not meet many tourists. Lonely Planet describes the city of Con Son itself as “One of Vietnam’s most charming towns”. We may think it’s a bit on the top, but it’s definitely a small cozy town with lots of local atmosphere. In addition, the old buildings of the French colonial era add a very special feeling as you walk along the (slightly too) large landscaped promenade.

There is no doubt that Con Dao is a small, beautiful, peaceful and pristine island – but for how long? If you dream of visiting the island, visit it soon as the government has seen the potential in Con Dao and is already building a new tourist paradise. When we visited the island, they were building two-lane wide boulevards (but why ?!) and major resorts.

If you come by Con Son, start the journey by visiting Bar200. The place is owned by a cool South African guy who can give you a map of the island and tell you all the best tips for what’s worth seeing and doing right now. And be sure to spend the evening eating at Tuh Ba Restaurant – it is by far some of the best Vietnamese food we have had.