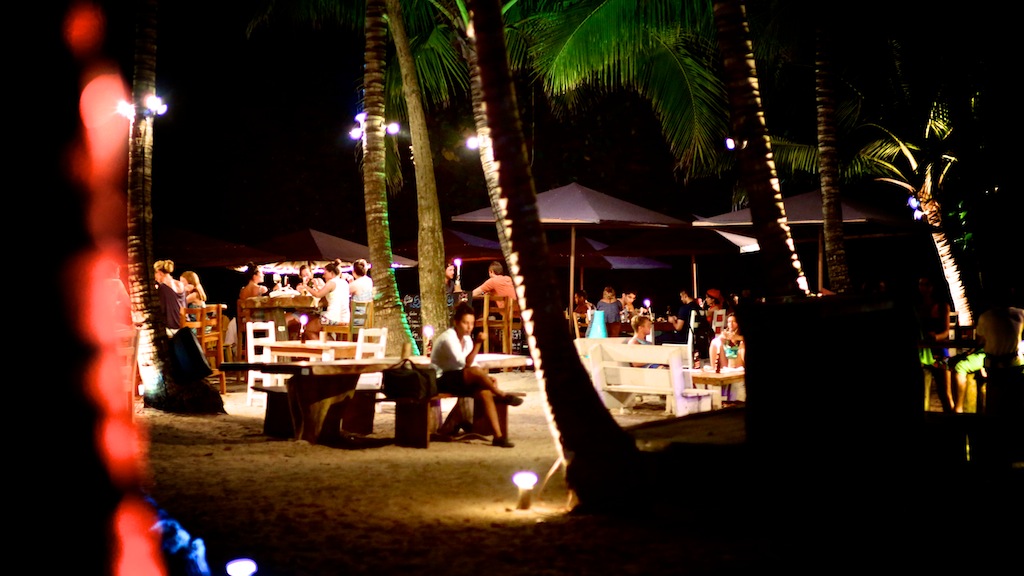 When you travel far away from the cold and white Christmas of Denmark it feels warranted to throw the traditions over the shoulder and invent some brand new ones.

A couple of years back when we celebrated Christmas in Bangkok we swapped the pork chop with Sushi and the Christmas tree dance with Thai boxing. This year the Christmas bells tinkled in Costa Rica and once again we embraced the situation and seasoned Christmas with the essence of our surroundings: Yoga, surfing and Christmas dinner at a beach bar in Santa Teresa.

That is, I began Christmas morning with one and a half hours of yoga and Martin fixed our laundry. I guess we have a somewhat modern view on gender roles. But Martin was actually offered to join the yoga session. Perhaps it has nothing to do with gender roles but with Martins opinion of yoga…

For Christmas we gave each other two days in the company of a fast-paced Israeli named Amit. He was about the size of a hobbit compared to us Danes, 38 years old, owner of a warm surfer humor and according to TripAdvisor the best surfer instructor in the world.

We barely reached the door of the surf shop, Del Soul Surf, before the dude made it very clear that we would NOT become super surfers after the first, second or third day. Well WTF – but he was probably right – I am actually inclined to add EVER become cool surfers?! Strangely, his anti-sales speech was both uplifting and calming in the light of the fact that we had seen a lot of bad-ass surfers down the beach the day before.

Amit packed the car, tied our surfboards on the roof and drove us to Playa Hermosa – a first-class beach ten minutes drive north of Santa Teresa. Here the assistants, Edward and Lovely Luna, were waiting to engage in a kind of ping-pong in the water. With us as the ball being thrown back and forth by the waves between them and the beach. And in the next two hours we were completely at the mercy of their hands and the power of the waves *.

(* I have had doubts as to whether the person who translated the Pacific Ocean into the Danish name “Quiet Ocean” has ever been to the Pacific? The high waves wave against land along with the strong currents happily pulls off each single piece of fabric on your body leaving you nude and confused as the water retracts again #TrueStory). 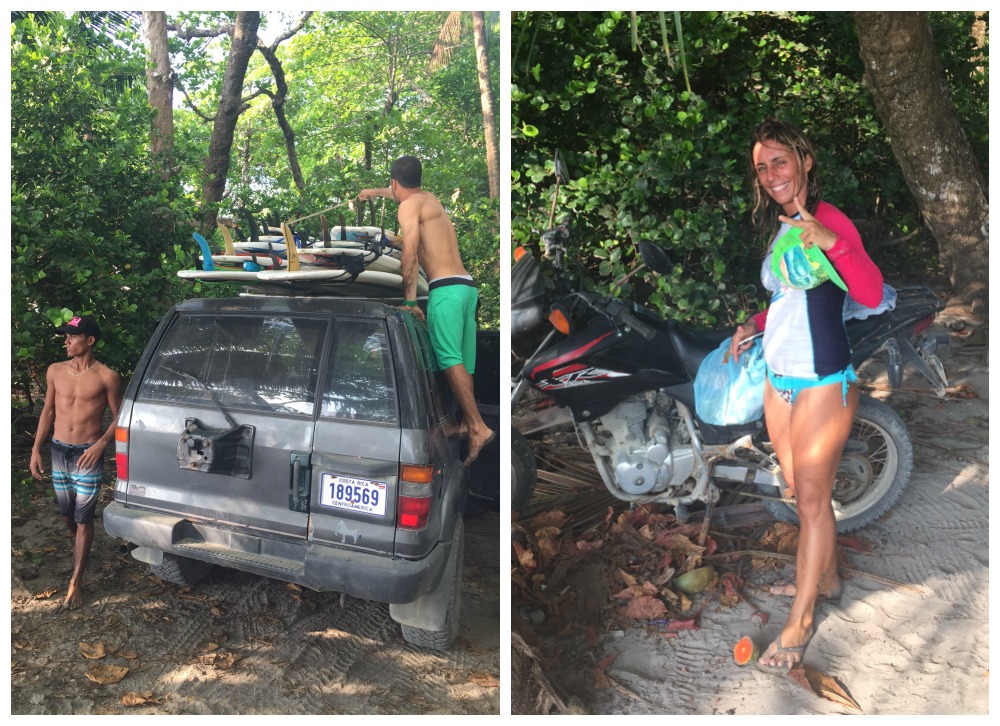 I do not know if it was Christmas magic. Or whether we still remembered some of our Balinese surfing adventures. We were both flying on our first wave. Thereafter it was more in tune with the prediction of our instructor. Barely so flying less cocky and more elephant.

“Do not think” Amit said to me when I tried to explain what I thought went wrong when the waves threw me around like I was a pair of socks in a washing machine. “Surfers do not think. That’s why the best surfers are so stupid”. According to Amit surfing is like love. You cannot describe it with words – you have to feel it on you own body.

CHRISTMAS ON THE BEACH

We were very happy to feel the nurturing effect of a big cold beer when we later that day dumped our tired surf-clumsy butts into two chairs at the Banana Beach Bar. Here we were served a four-course Costa Rican Christmas dinner accompanied by the sound of our new friends – the waves of the Pacific Ocean.

The dinner made our Christmas a very happy one and revitalized us to take another trip on the surfboard the following day. Surfs up and Feliz Navidad! 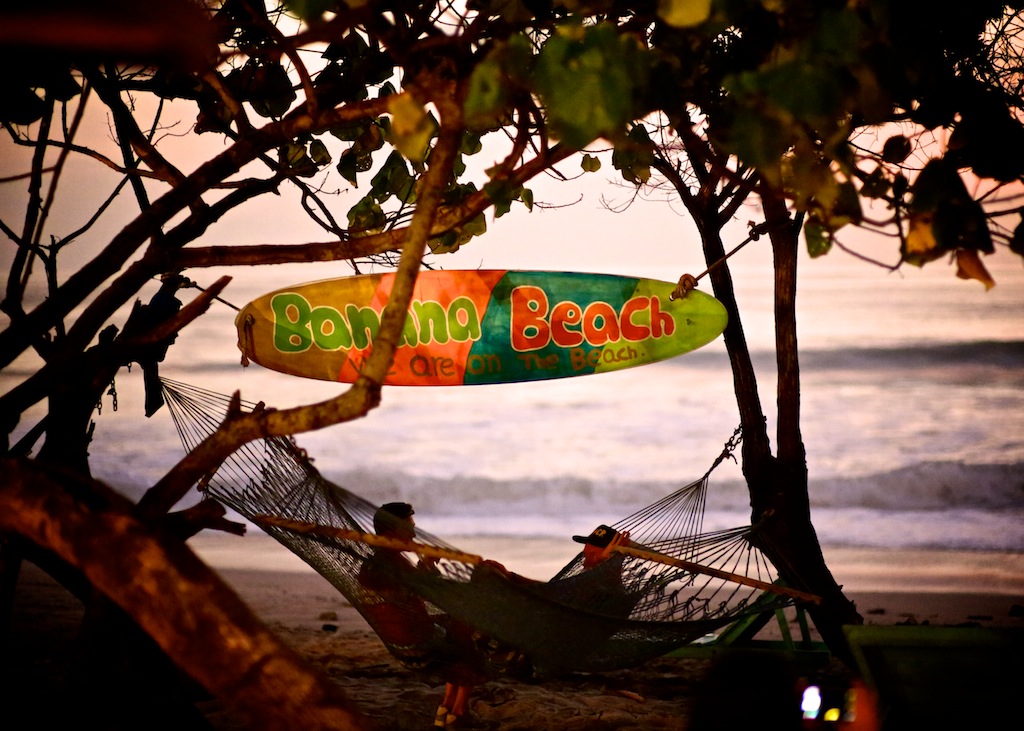 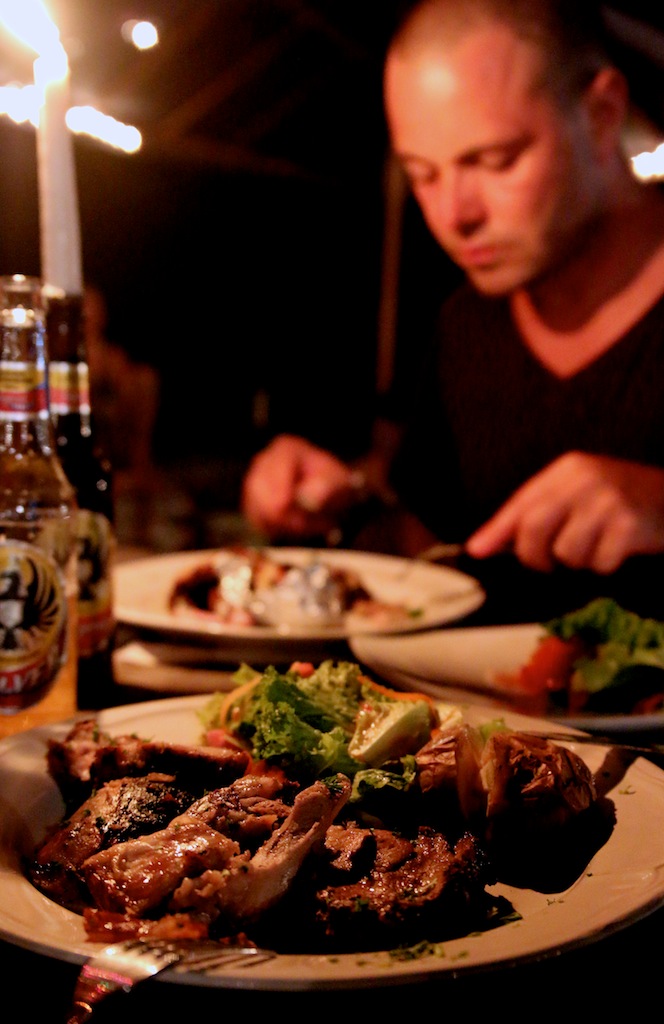 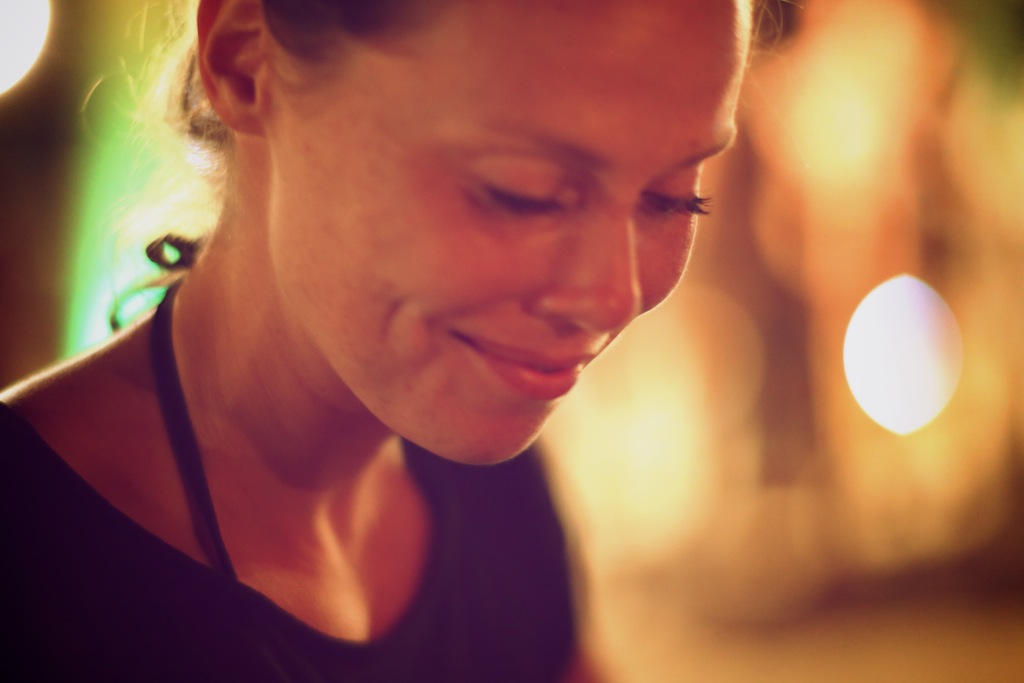 Guide: Find the real Bali on the neighboring island of Lembongan

Guide: Where to stay at Palawan Island of the Philippines