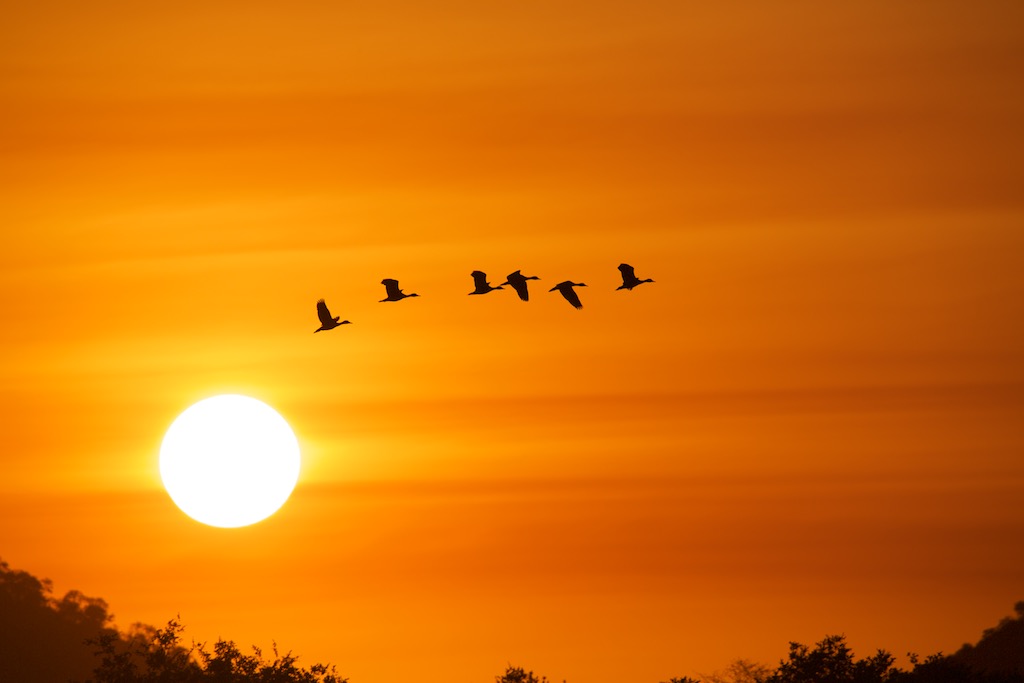 When darkness falls and the stars poke little holes in the sky, you will experience the African bush in a completely different way. This we learned when we went on safari after sunset – and crossed paths with a blood thirsty Bambi. 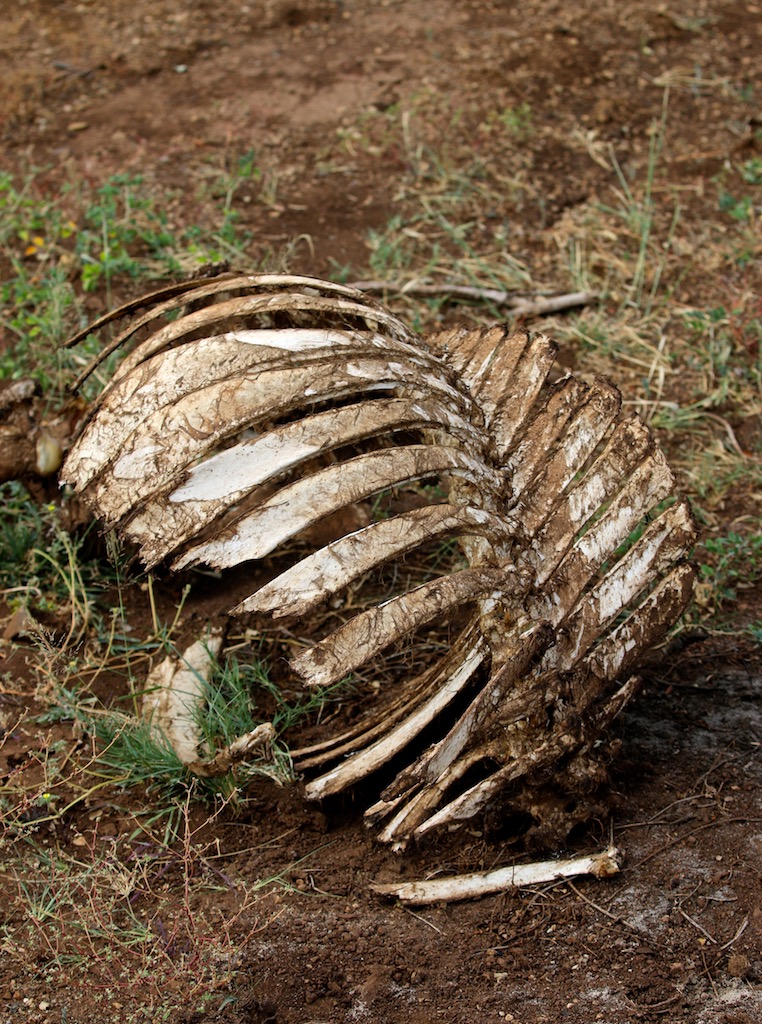 It is pitch black in the bush, when we return to the gravel road after a short break by a dam. A little less than an hour ago, it was still possible to see the rusty red colour of the road and all the different colours of the dense bush. We could see the spotted pattern on the giraffe, the markings on the caramel coloured fur of the Impala and the tail of the Warthogs poking straight up like an antenna when it ran off into the bush leaving behind a cloud of dust in the air.

But now the sun has gone to bed, and we are left in the enveloping darkness. It is like the world has gotten smaller and denser. The only thing we see, is what gets caught in the two beams of the cars headlights. As a contrast, the air smells like hot soil, sun scorched grass and the not-so-nice smells of dung stand out so much clearer, and we listen carefully for movements in the bush. The time is quarter to dinner for the predators – and here we are. In an open vehicle. In the middle of the bush. It feels like someone turned up the volume on all of our senses.

Eyes glowing in the dark

We tremble slightly from excitement, as our driver and guide, Elsabe, turns on the handheld spotlight. Opposite to a child spotting horrible monsters under bed after the nightlight has been switched off – the darkness kick-starts my vivid imagination as the spotlight comes on. The beam glides from side to side like a lighthouse, producing long lively shadows in the darkness. A bit too lively… 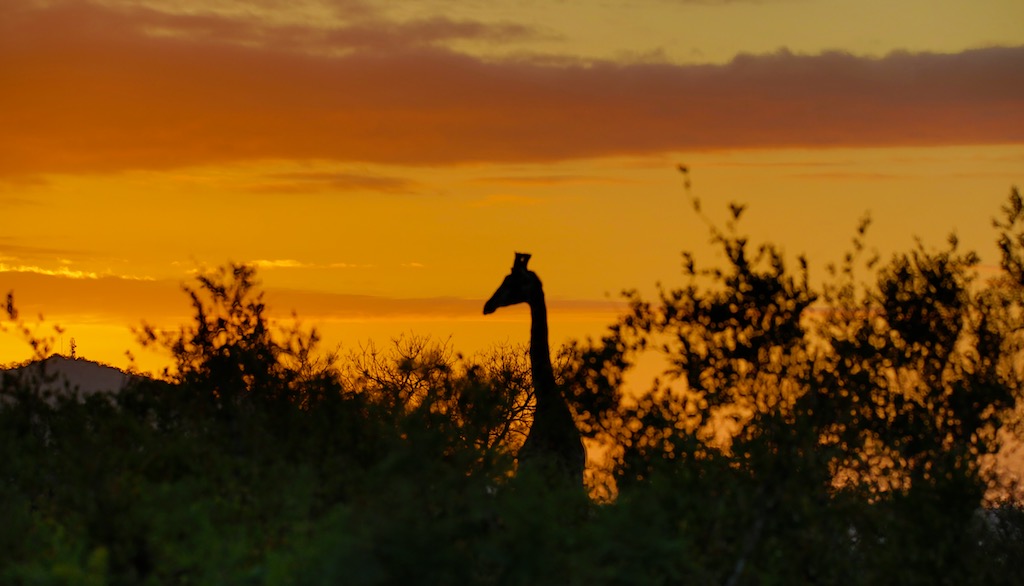 Was that the backside of a lion behind that tree? Wasn’t there a leopard lying on that branch? And didn’t I just see a pair of glowing eyes watching me from the darkness? Eyes winking. Sounds of branches breaking, followed by a rattling sound – and out from darkness jumps … a small antelope.

“Killer Bambi!” Elsabe announces and follows the animal with the spotlight. The combination of those two words confuse me. Is it the cute little Disney animal escaping the lion’s claws – or is it in fact Dracula of the Bush thirsty for blood? Feeling slightly ambivalent, I am secretly hoping for option number one. Even though I always close my eyes when animal programs on tv show how nature actually works, I am also left with the safari dream of seeing a predator take down its prey. Live.

Elsabe explains, that the small animal about half a meter tall, is a Duiker. They may look very innocent – like all other herbivores – but this one will actually bite down on flesh. Everything from insect and mice to remains of carrion left from predators. Elsabe laughs when I ask if this little animal has developed a taste for human flesh? I choose to interpret her laughter as a no. 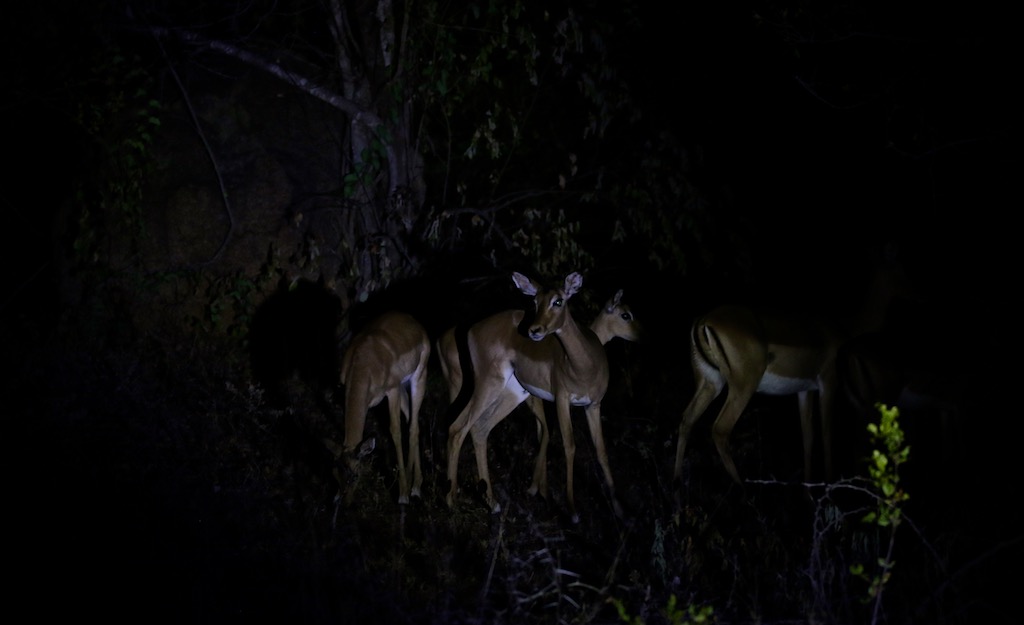 Over the next hour, more and more eyes pop up in the darkness. Often, this is how we spot the animals. When the spotlight hits the animals, their eyes light up like little glass beads. We see herds of impala, wildebeest, kudu’s, several antelopes and four large male Buffalo, only 5 minutes away from where we were walking earlier today on a bushwalk.

It reminds us yet again that reality here in the bush is far from the Zoo at home. And even further away from the sweet words sung in the Danish children’s song, “The Elephants Lullaby”. But that is exactly why we are here.

> The trip to South Africa was organized in collaboration with Afrika-Safari.dk. Text, images and attitudes are entirely our own. <

Travel Blog: On a bushwalk following the animal footprints