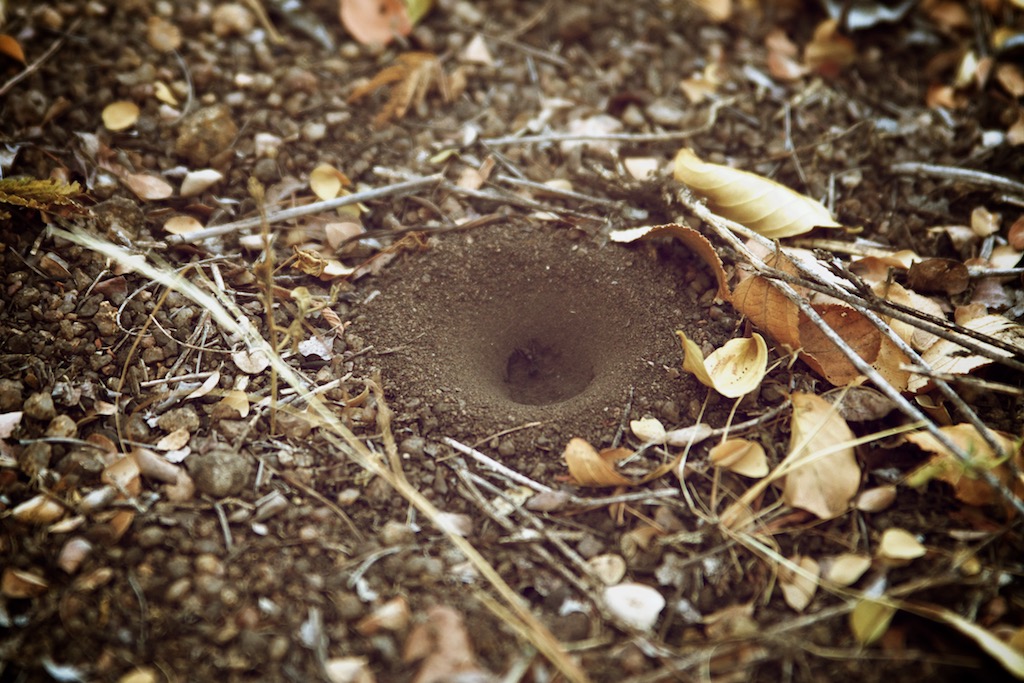 Life in the bush is bloody serious, and on a walk near the Kruger National Park in South Africa, we got right up close when the animals kill to survive. Luckily, the animals involved did not form part of the famous Big 5, but rather the Small 5.

Powerful kicks make the sand spray in all directions from the dry soil. In a panic, the prey attempts to avoid the enemies’ claws, but in vain. The animal is tossed from side to side. Again and again. In fast movements. The two involved parties rolling around in the sand, legs sticking out in all directions and it’s hard to see what is actually happening.

The nail of an index finger puts the violent match in perspective: “Do you see the claws?”, our guide Elsabe asks us. She points to the edge of the little sandpit, where the scene is being played out. Not much larger than a Two-Rand coin. Here an antlion, an insect related to the dragonfly, has caught an ant in his trap – where, after roughly shaking it about, he will kill his prey and suck out the juices. 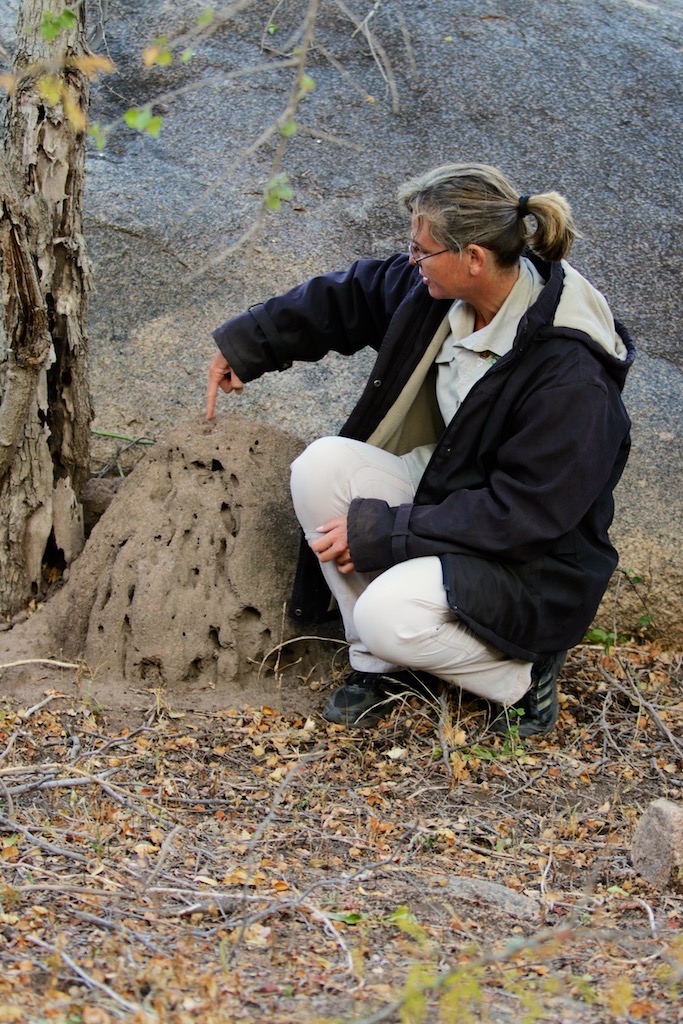 “This is horror on a small scale” Elsabe states when the ants fight for life is over. She has taken us into the South African bush, to show us all the things we don’t normally see when we are sitting in a vehicle. Because there is much more to see than just elephants, lions and giraffes with elegant long legs.

With our feet firmly planted on the ground, we get right up close to even the smallest of things, and learn everything from; how to track the animals, to which leaves are so soft that you may use them as toilet paper, should the urge to sh… come at an inconvenient time. Or why can you compare termites to the Chinese and what type of dropping will the Africans use for long spitting competitions?

Face to face with the animals of Africa

On a safari, most tourists are on the hunt for the five most dangerous and most famous animals, also known as The Big 5. As a contrast, they have come up with the The Small 5, to highlight some of the smaller animals who share a name with the superstars of Africa: Antlion, Leopard tortoise, Elephant shrew, Rhino beetle and a Buffalo weaver. All five of them very fascinating animals who play an important role in natures eco system.

But even though these five little animals will not put us in harm’s way, it is not completely safe to be on foot in the bush. In this area, you may run into ostriches, buffalos and rhino. “Please, don’t run!” Elsabe highlights, as she is explaining the rules for our morning. It might feel unnatural not to run, but if you should cross paths with a buffalo, running will make the situation much worse.

Luckily (?) we only see tracks and dropping throughout the next hour and a half. But with a guide like Elsabe, who is a natural story teller and has an encyclopaedic knowledge about life in the bush – we feel more than entertained. Throughout the next few days, we will most certainly come to see nature in a completely different light, when we scout for Africa’s animals in the bush.

> The trip to South Africa was organized in collaboration with Afrika-Safari.dk. Text, images and attitudes are entirely our own. <